Defending from Within - Potassium Iodide

Radiation permeates the spaces in which we live and work.  It bounces off our skin, enters our bodies in food and drink, and even collects in our bones. Usually these ambient radiation levels are low enough to make little difference to our overall health. But in extreme cases of high radiation levels in the environment, steps must be taken to stop radiation from getting inside us. Interestingly enough, there some things we can take into our bodies that can protect ourselves from radiation.
Potassium Iodide (KI) is a salt that has been used as a tool for radiation protection since the FDA approved it in 1982. The iodine in KI is stable (or nonradioactive) and is an important chemical needed by our bodies to produce hormones. Most of the iodine in our bodies collects in the thyroid, the site of specific hormone production. The danger with this concentration is that radioactive iodine (such as I-131) can be absorbed in place of stable iodine, leading to heightened concentrations of radiation and risk of thyroid cancer. Radioactive iodine is a common isotope given off during nuclear reactions.  Last year’s Japanese nuclear crisis released large amounts of I-131 into the environment. This prompted record-setting sales of KI that suppliers could not keep up with.
Last month KI came into the international spotlight again when the US Defense Logistics Agency ordered 1,050,000 doses of the pill to bulk up its stockpile1. The reason for the order is probably due in part to increased nuclear threats from North Korea and Iran. In any case, the solicitation prompted massive orders for potassium iodide from spooked civilians.
Although KI is a useful tool for dealing with exposure emergencies, it isn’t a complete remedy. The compound only lessens health hazards from radioactive iodine, not other radioactive isotopes. Correct dosage is very important as well, as young children need far less KI than adults in emergency situations. For other details, the Centers for Disease Control and Prevention (CDC) has a great page on potassium iodide here.
Perhaps the biggest misunderstanding with potassium iodide is that it doesn’t keep radiation from entering the body, it only reduces the possibility of radioactive iodine being absorbed. That’s why other measures need to be in place to issue advance warnings about radiation threats. Radiation detectors such as the MiniRad-D and Rad-ID as currently used by military, public safety, and homeland security personnel to find and identify radioactive threats. 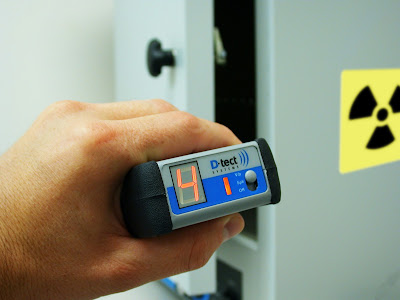